Baptism and the Lord’s Supper are ordinances of positive and sovereign institution, appointed by the Lord Jesus, the only lawgiver, to be continued in his church to the end of the world. These holy appointments are to be administered by those only who are qualified and thereunto called, according to the commission of Christ. 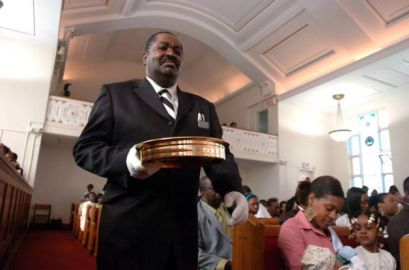 This deep reverence for the sacraments is also a key mark in Black spirituality as well. Traditionally, most Black churches take communion once per month (typically on the first Sunday of the month) and for many congregations, there is a sense of expectation for Communion Sunday. In the church that I grew up in, a significant portion of the service on Communion Sunday was dedicated to preparing for the Supper. There was a heightened sense of seriousness as everyone knew that something very importance was about to happen. The solemnity of the event was particularly on display as the deacons distributed the elements with white gloves, which was always meant to be a symbol of respect for the ordinance. Before the congregation partook of communion, there were serious warnings given to those who took the Supper in an unworthy manner. After these warnings, the congregation partook of the elements together, as a symbol of their unity.

As many Reformed writers have written, there are many facets and layers of meaning which pertain to the Supper. In my experience, the two dimensions that are most prominently displayed in many traditional Black churches are the Eucharistic dimension and the covenantal dimension. In the Eucharistic dimension, we see that the Lord’s Supper is a holy and solemn feast of praise and thanksgiving to God for His lovingkindness. Here the sacrament of the Lord’s Supper is intended to bring us to the adoration and praise of God; it moves us to render thanksgiving to God for his infinite goodness and helps us to recognize the grace which God has so generously poured out for His people. In many Black churches, this dimension of the Supper has led to the composition of various hymns that have sometimes been called “blood songs”

I Know it was His Blood – Mahalia Jackson

The Blood Will Never Lose its Power – Andrae Crouch

These above songs also indicate that another central aspect of the Supper in traditional Black churches is the concept of a memorial. Here, it is understood that the recipient should do more than simply remember what Christ has done, but the recipient is making a public confession and commitment to Christ at the Supper. In essence, these “blood songs” are a recounting of the saving acts of God. This fits very much with Calvin’s understanding of 1 Corinthians 11:26

But this knowledge [of the saving acts of Christ] ought to move us to praise Him openly, so as to let men know, when we are in their company, what we are aware of within ourselves in the presence of God. The Supper is, therefore, if I may say so, a kind of memorial which must always be maintained in the Church until the final coming of Christ. John Calvin, Commentary on 1 Corinthians 11:26, Commentary on First Corinthians, p. 250

In many Black churches, there is also a sense of the covenantal dimension. A very popular African-American spiritual called Let Us Break Bread Together on our Knees (lyrics) which is typically sung on Communion Sunday illustrates this. Here the stress of this hymn is the mutual fellowship that we have with other believers at the Table. It’s at the Supper that we understand how we are united to Christ and to each other.

The ordinance of baptism plays a similar role in many Black churches as well. Article XIV of the Articles of Faith from the National Baptist Convention states that Christian baptism is “prerequisite to the privileges of a church relation.” In the churches that I grew up in, this meant that a new convert was sufficiently questioned before baptism by the pastor. After being sufficiently questioned, the new convert made vows based on the membership covenant of the local church (here’s an example) and was baptized. After being baptized, the new convert was given the right hand of fellowship, which emphasized the covenantal union of the member to the local church. Thus, a “true Christian” is one who was properly baptized and received the right hand of fellowship into the church. This pattern is observed not just from Black Baptist churches, but also AME and Pentecostal denominations as well.

Unfortunately, there appears to be a sharp distinction between the modern trends in Black churches and the traditional black church in which I grew up. It has been well established that modern evangelical churches are de-emphasizing the role of the sacraments in the life of the Church. This trend is entering the more modern, non-denominational Black Churches in which the role of the sacraments are often underemphasized, neglected, or at times, completely disrespected. Few modern Black churches “guard the table” from unbelievers and give no sense of warning towards those who receive the Supper with an unbelieving heart. In other cases, there have been churches that baptize virtually any child that attended a vacation bible school (which has been described as a position of de facto infant baptism). There have been numerous conversations in which older Black Christians have complained and have been offended by the casual (and at times, disrespectful) attitude of many churches regarding this sacraments. This attitude is also shared with Reformed believers who understand the significance of these ordinances. Thus, traditional Black spirituality and Reformed spirituality affirm the necessity of the sacraments in the life of the individual Christian and in the life of the Church.

For the next blog, we will address another strong commonality, particular with Reformed Baptist: a high view of the local church.

4 thoughts on “The Sacraments in Black Spirituality”