As I’m sure many of you have noticed, we have not written in a while. Many of our contributors, as you might expect, have gone through many life changes over the years that have hindered their ability and / or their desire to publish content on the internet. I personally have been focusing on pastoring my family and reorienting myself to a new career after stepping down from the ministry due to financial hardship. Hence, we haven’t published new content in well over a year on this site.

Yet, as you have doubtless noticed, the site remains up as a resource to those who find it makes our confessional documents more easily searchable, and as a record of where we have been thus far in our discussion of the things that matter to our contributors and to our readers. As I think about what it would take for us to get the website back on its feet, I have admittedly wrestled with the idea of scrapping all of the old content and starting fresh, but that might come across as intellectually dishonest. We have a past, and it has helped shape our present. If I have deleted any posts, it is because I have found them to be less than pertinent, unhelpful, or simply not in keeping with our goal to be a collaborative community of writers who desire to engage the culture as Reformed Baptists.

A further consideration, at least for me, is the renewed interest and emphasis on classical theism in the Reformed Baptist community and its implications for epistemology, natural theology, and our further engagement with the culture on issues such as justice and hamartiology. I am still thoroughly convinced that most, if not all, of the conclusions we have presented in our discussion of cultural issues on this site are correct. However, these new (or perhaps more accurately: new for me) considerations require deep thought and engagement the likes of which I have not attempted on this subject.

I have noted on other platforms, as well as this one, that I am grateful that the issues we have long addressed here on CredoCovenant are now being addressed by much more prominent writers with larger audiences. I’ve long had a concern, however, with the fact that many of them seem to be making these issues all about themselves and focusing a lot of their energies on responding to the backlash they receive rather than keeping their focus on the ideas. Now, I would add to that a concern with addressing the issues with a purely biblicist approach rather than a classically Reformed approach. If we are to address an issues that have their beginnings in the world, and that are infiltrating the church, we have to be willing to address it where we have common ground with the world: in the realm of general revelation and natural theology. Hopefully, we will have more to say on that later.

As I continue to consider the future of CredoCovenant and the content that will be posted here, I am hopeful. I would like to see it become a site that is still varied in its authorship, and with peer reviewed articles and essays on cultural issues that matter to Reformed Baptists, but with a handful of contributors (myself included) that are committed to thinking deeply about these issues from a classical Christian perspective. As I look at our Baptist forefathers, particularly from the 17th and 18th century, I am convinced that they would hope that this would be our emphasis. Heretofore, I know that I personally have approached many of the issues we write about on this site from more of a biblicist perspective than a classically Christian perspective, and I don’t think that approach is the best way to honor my Particular Baptist forefathers.

Therefore, let us think deeply and historically about the issues we seek to tackle moving forward. I hope you will continue to join us as we seek to enter into the cultural conversation from a Reformed Baptist perspective, a perspective deeply rooted in historic, creedal, classical Christianity. I am hopeful about the future, and I hope you are as well. Soli Deo Gloria!

A while back, we revamped the website and made it a community blog, a plurality of bloggers so-to-speak. In a sense, we went from being a local blog to being a transnational website. Part of this effort was a request for our readers to consider whether or not they had a desire to contribute to our website. That request still stands, and we’d always love to have new contributors. However, we know that writing is not everyone’s “bag.”

Around the same time that we became a plurality of bloggers website, several things occurred that made it impossible for us to continue the CredoCovenant Fellowship podcast in its (then) present form. Some of our podcast contributors had major events transpiring in their lives. I myself have since moved 3½ hours away. Recently, there have been some stirring in the underground. If the website is no longer local, why should the podcast be, assuming we’re even interested in relaunching the podcast?

Let’s assume for the moment that CredoCovenant were interested in relaunching the podcast. I’d be interested to find out how many of our readers have the talent and desire to be on said podcast. We would be using Google Hangouts, so there will be no geographic limitations. If you are curious about how you might participate, check out our Contribute Page and, assuming you meet our very loose qualifications, hit me up. I’d like to know what unique contributions you might be able to bring to a CredoCovenant Fellowship 2.0 podcast. Whether you’d be interested in contributing to the website or to a potential podcast, take a look at the qualifications on the Contribute page, and give us a shout!

If you look to the menu bar, you’ll see that we have added a new page. The following post is the jist of what you’ll find there.

CredoCovenant is a community contribution site for Reformed Baptists with a variety of different backgrounds and interests. We gladly welcome new contributors to our line-up. We have just a few requirements:

If you or someone you know fits this bill, please feel free to e-mail us at credocov@gmail.com. We’d love to add your voice to our website. 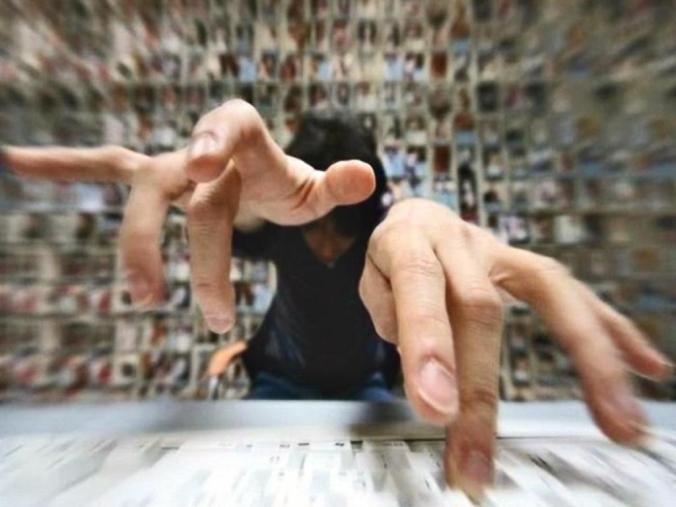 I haven’t been asked, but I’m sure some of you may have noticed that it has now been about a week since my last M’Cheyne post. I usually draft the posts and schedule them to publish pretty far in advance so that I don’t miss a day. Just to let you know, we will get caught up, and the M’Cheyne plan will continue forward through 2015. It has just been a very busy couple of weeks.

As many of you may know, I recently accepted a call to the pastorate at Sovereign Grace Baptist Church in San Angelo, TX. I start preaching weekly this Lord’s Day, and we are set to move there on April 15th. Your prayers would be much appreciated in this new phase of our lives. I also appreciate your patience with me as I slowly get back into the swing of things and work on getting caught up with the M’Cheyne Plan. May the Lord richly bless you. 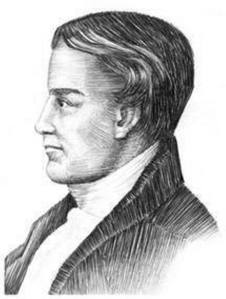 As is the case with much of what I post on this site (The Baptist Confession, The Baptist Catechism, A Catechism for Boys and Girls, etc.), I have undertaken the project of posting Robert Murray M’Cheyne’s Bible Reading Plan primarily for the benefit of my own personal study. However, if the Lord so ordains that it would be a blessing to more than just me, how rewarding that would be. With that in mind, I simply would like to announce that the final post of the M’Cheyne Plan will be published in just a few short days. Be on the look out for it, and let your friends know about it so that they might read along with us in 2015. 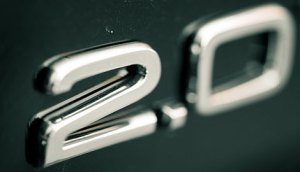 We are now actively and publicly recruiting new contributors to the blog. We’re looking for all kinds of bloggers with different backgrounds and life experiences. We will be privately contacting some solo-bloggers from around the web (those who openly publish their contact info), but if you read this and know someone who meets the criteria, let us know.

We are also open to hearing from our readers how we might improve our website. Feel free to contact us at credocov@gmail.com to be considered as a contributor.

With yesterday’s posting of the June Reading Plan, we have reached a milestone. We are halfway through our posting of the Robert Murray M’Cheyne year-long Bible Reading Plan! Let us know how this resource has benefited you, and feel free to let us know what public domain resources you’d like us to publish next.

Next Tuesday evening, we will once again be gathering for fellowship and to record the next month’s worth of podcasts. Please contact us if you’d like to join the conversation (figuratively speaking). We will discuss chapters six through eight of How to Read a Book by Mortimer Adler and start working through Covenant Theology: From Adam to Christ by Nehemiah Coxe and John Owen, so hit us upwith your questions, comments, or observations. Also, we would like to hear feedback from you on our previous episodes. Thanks for listening!

If you’re going to be in the Fort Worth area this weekend, come hang with us at the Ginger Man to celebrate The Confessing Baptist’s one year anniversary. Guys and gals are welcome. I even have it on good faith, ladies, that some of the “Confessing Baptist wives” will be there. It would also be a good opportunity to meet some of our CredoCovenant fellows (especially considering that about a third of us are Confessing Baptists). We look forward to seeing you there!

You can now find the CredoCovenant Fellowship on iTunes. Please check us out, subscribe, and leave a five-star review. Every review enables us to be more easily searchable by others looking for podcasts like ours. As always, thanks for listening.