“Do not love the world nor the things in the world. If anyone loves the world, the love of the Father is not in him. For all that is in the world, the lust of the flesh and the lust of the eyes and the boastful pride of life, is not from the Father, but is from the world. The world is passing away, and also its lusts; but the one who does the will of God lives forever. Children, it is the last hour; and just as you heard that antichrist is coming,even now many antichrists have appeared; from this we know that it is the last hour. They went out from us, but they were not really of us; for if they had been of us, they would have remained with us; but they went out, so that it would be shown that they all are not of us. But you have an anointing from the Holy One, and you all know” (1Jn. 2:15-20; NASB).

Over the years, I have witnessed the slow steady slither toward liberalism creeping up in the hearts of many with whom I once shared fellowship and joined in worship. Some have taken on liberal ideas while opting to remain in solidly conservative associations, churches, and institutions. Others have left and chosen to rail against their former compatriots. My experience in this is not unique. Anyone who lives for Christ and, thus, assembles themselves regularly among His sheep will eventually experience the devastation that accompanies the revelation that some of the sheep were really always goats or (even worse) wolves.

I will not here attempt to answer the question of what to do with those who remain among who are trending liberal. We must take that on a case-by-case basis. The answer will differ in conjunction with the answer to further questions such as: Are they teachable?, Are they causing division?, Are they simply acting out in naive curiosity?, ect. This post is primarily concerned with how we deal with those who have left the camp and are actively lobbing grenades back at us.

Their Own Actions Judge Them 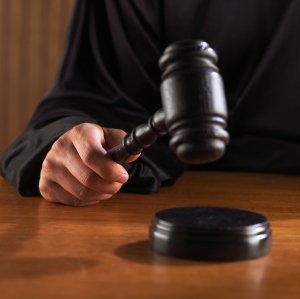 First, we want to ask whether or not they are directly lobbing grenades at us, or if they are simply lashing out in general at their former selves. What I’ve found is that the same ones screaming at conservative, evangelical Christians, accusing us of being homophobic, sexist, power-hungry fundamentalists were also the loudest voices on the conservative side before they left. The same ones who would lash out at the complementarians who do not allow women to teach or have authority over men were the ones leading the charge on the issue when they were “among us.”

Likely, it is their own former bigotries they are reacting against. Rather than simply repenting of their former sins, they project them on all conservative evangelicals and lambast them accordingly. In such a case, they only show themselves to be hypocrites both in the eyes of heaven and anytime they look at themselves in the mirror. Thus, they have already judged themselves and have no need of us to add judgment to judgment. In such a case, we are best served to leave well enough alone and let God be the judge.

Second, they will sometimes lash out at us individually or even at our churches. In this case, the most pertinent question might be, does this person have any remaining influence in our church or in the larger community. Most often, the answer to this question will be a big fat resounding “No!” In such cases, responding may only draw attention to the person’s platform (blog, twitter, podcast, etc.) and expand his influence. In this case, again, we are most likely best served to let well enough alone and let God be the judge.

Give the Church Your Time, Energy, and Talents

Third, it may be that they don’t have any influence and they haven’t specifically said anything negative specifically about you, but your heart really goes out to this person and you hate to see what he’s become. It may be hard to hear, but in such cases it is often still not advisable to reach out, even one-on-one. If the person is lashing out publicly, he is obviously on the offensive and just looking for the perfect justification to point the flame-thrower at you. Most likely, you experienced his fury when he was “among you.”

In such cases, I would recommend to most people (Not all. Every situation is different.) that they not expend their time, energies, and talents on such a one. Rather, I would recommend that you recommit yourself to serving your local church and let it go. Especially if you are a pastor, your church needs your time, energies, and talents. Don’t waste your time on those who have turned themselves against the bride of Christ. In the end, God will judge between you and the apostate. Do not let it be said that you wasted time you should have spent building up saints attempting to extinguish fires in hell.