Recently, there has been a lot of discussion on the interwebs about the proper Christian response to a repentant celebrity who has admitted to heinous crimes. The general consensus among many is that if we have been forgiven by the gospel, and if the celebrity in question has been forgiven through the gospel, we too ought to forgive them as we have been forgiven. Those who would offer any contrary opinion on this matter are then accused of not understanding or “living out” the gospel in their response to these Evangelical celebrities. Many others are simply at a loss for how to respond at all, or whether or not they should. I REALLY did not want to post anything about this. I tweeted about it earlier, but at my wife’s insistence, I have agreed to write this little blurb. All I will do is seek to explain what I have already tweeted. My tweets read as follows:

“It’s neither my place to judge, nor defend, nor forgive any celebrity child molesters. I leave that to God, their church, and the victims.”

“I wonder what a price the church in the West has had to pay as a result of the celebrity culture that has infiltrated her.”

First, regarding the specific case in question (I’m not going to name names), I have been asked if I think the family handled the matter incorrectly. I don’t know all the details. From what I can tell from what I’ve been told, the family handled things fairly well, as did the local church, as did the criminal who committed the criminal act. The criminal admitted to his crimes and repented of his sins, the family reported him to the authorities, and the local church investigated the matter thoroughly. However, the police seem to have dropped the ball. Besides the police, though, I will say that I think that a lot of Evangelicals are responding in a very improper way. I believe they are responding in an improper way because, in most cases, it is not their place to respond. 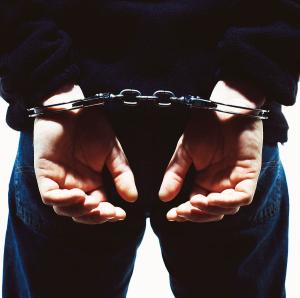 Unless you are crazy, we can pretty much agree to the answer to this one. We are not God. As such, in most cases, it is not our place to judge, redeem, forgive, defend, or punish the person in question. That was an easy one. Next question.

Now, I feel the need to clarify here, because many are making the perpetrator in this case out to be the victim. I’m not talking about him. I’m talking about the little girls he molested. They are the only victims here. If you are not God and you are not the victims, it is not your place to forgive this man for his crimes. It’s just not. Next question.

3. Am I a member or leader in his local church?

If you are, you probably have reason to discuss these matters when they come before the church to be dealt with, and you should probably seek the counsel of your leaders before letting your kids be alone with the man. However, blogging, tweeting, etc., should probably be out of the question.

4. Have your previously, publicly endorsed the man?

This is important. Too often in evangelicalism, pastors endorse men to their congregations and to other pastors that they know to be volatile and reckless, only to respond with utter silence when those men destroy churches and go on speaking circuits seeking to justify their sins without any true repentance. But I digress. If you have publicly endorsed this man in the past, you may feel a need to either retract your previous statements or explain why you still endorse him. However, if you’re not a nationally known mega-church, multi-site pastor, silence may still be the best answer.

5. Are you just defending him because he’s a celebrity?

You shouldn’t say anything.

6. Are you just using this situation as an ice-breaker to start conversations about the gospel?

You should probably find a better ice-breaker.

As a final note, I would just remind you that there are real victims here. To defend a man on the basis that he has been forgiven through the gospel only turns the gospel into a tool to keep victims silent. You may not realize it, but in defending this man, you may be perpetuating the stigma of hopelessness that keeps current victims from speaking out against those who are presently victimizing them. I don’t even think the man you are trying to defend would want that.

Finally, if you have celebrity idols in your life, I would encourage you to turn them over to God. If you find yourself getting overly defensive over your favorite celebrity pastor, or if you find that your favorite Christian actor or TV personality can do no wrong in your eyes, you probably have an unhealthy fixation on them. You should probably diversify your interests in these areas so that your identity is not so wrapped up with theirs. Listen to dozens of pastors instead of just four. Hold loosely to your fascination with celebrities who claim the name of Christ. If you find that you are utterly unable to do these things, these celebrities may just have become idols in your life, idols from which you need to repent.

Well, that’s all I got. I welcome discussion in the comments section. Let’s try to keep it civil.

2 thoughts on “The Sins of Our Celebrities”