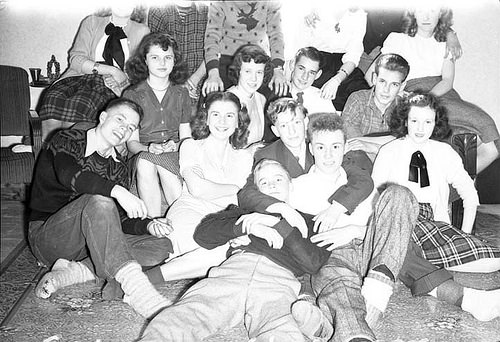 “...without any other thing in the creature as a condition or cause moving him thereunto.“

Us humans think we’re something special, don’t we? Just look at our advertising:

“Because you’re worth it.”

“You deserve a break today.”

Even some churches cater to this desire for affirmation:

“If you were the only person on earth, God would still die for you.”

Those who insist that man is free to choose to accept or reject God cling to this self-importance. Yes, it is self-importance, no matter how much they might deny it, because if the decision rests with you, then you are the tie-breaker. “I have decided to follow Jesus.” It reminds me of a song from the television show Mr. Rogers’ Neighborhood:

Now the doctrine of election is introduced to us, and we initially balk at it, because we still view things through our self-centered lens. Election reminds us of some sort of middle school clique, where only the cool kids are chosen. “Why would God choose some people to be saved?” we wonder. “What’s so special about them?”

But if you are elect, it’s not you that’s special. It’s Him.

There never was, nor will there ever be anything in you that made God choose you. It wasn’t your looks, your wealth, your nationality. It wasn’t how you treated others, it wasn’t how much you wanted to be a Christian, it wasn’t how much you worked. Analysts could try to find a common factor among the elect, and all they would find in common is sin. Sinners from every tribe, tongue and nation, oppressor and oppressed, wealthy and starving, young, old, male, female, chosen by the secret counsel and good pleasure of His will.

So then it does not depend on the man who wills or the man who runs, but on God who has mercy. -Romans 9:16

Where then is boasting?  It is excluded. (Romans 3:27) For by grace you have been saved through faith; and that not of yourselves, it is the gift of God; not as a result of works, so that no one may boast. (Ephesians 2:8,9)

God gets all the glory, and rightly so. He is the only one that truly deserves it.