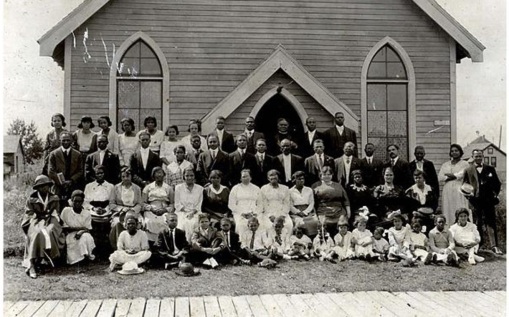 Part I: Points of Agreement

In my last blog, I mentioned that Reformed spirituality places a strong emphasis on our inseparable union with Christ and our abiding communion with Christ. A classic statement of this concept can be found in Calvin’s Institutes, Volume 2, Part 16

We see that our whole salvation and all its parts are comprehended in Christ (Acts 4:12). We should therefore take care not to derive the least portion of it from anywhere else. If we seek salvation we are taught by the very name of Jesus that it is ‘of Him’ [1 Cor. 1:30]. If we seek any other gifts of the Spirit, they will be found in His anointing. If we seek strength, it lies in His dominion, if purity, in His conception; if gentleness, it appears in His birth. For by His birth He was made like us in all respects [Hebrews 2:17] that He might learn to feel our pain [Hebrews 5:2]. If we seek redemption, it lies in His passion; if acquittal, in His condemnation; if remission of the curse, in His cross [Galatians 3:13]; if satisfaction, in His sacrifice; if purification, in His blood; if reconciliation, in His descent into hell; if mortification of the flesh, in His tomb; if newness of life, in His resurrection; if immortality, in the same; if inheritance of the Heavenly Kingdom, in His entrance into heaven; if protection, if security, if abundant supply of all blessings, in His Kingdom; if untroubled expectation of judgment, in the power given to Him to judge. In short, since rich store of every kind of good abounds in Him, let us drink our fill from this fountain and from no other.

This is probably one of the best paragraphs that a Christian can read. However, it raises an important question: How does one “drink our fill from this fountain”? How does one have true abiding communion with God? For Reformed spirituality, this is usually done through the means of grace. However, it is here where we have another major difference between traditional Black spirituality and Reformed spirituality. In regards to this question, it is my contention that there is much syncretism associated with many forms of traditional Black spirituality. In particular, communion with God is usually synonymous with personal worship experiences and personal encounters with God for many Black Christians.

Now, this is not a trend that is unique to Black Christians. Multiple books, such as Christless Christianity by Michael Horton, discuss this overemphasis on subjectivism, but in most mainline denominations, this is relatively recent phenomenon (within 1 or 2 generations at most). For traditional Black Christianity, this emphasis seems to have existed from the very beginnings of the Black Church. In the book Experiencing the Truth: Bringing the Reformation to the African-American Church, Ken Jones posits that the new spirituality of Black Christians (as well as the old spirituality of traditional Black Christians) has its roots what is called the “invisible institution”. In short, the invisible institution refers to the secret gatherings of slaves on the plantations, away from the watchful eye of the master (for a more exhaustive discussion of this topic, see this page). There were many things worth appreciating about the invisible institution. In particular, the slaves took what they learned from their masters, and in the confines of the invisible institution, contextualized it to nurture a deep-rooted faith and hope. However, there were many other issues that were deeply concerning – the chief of which was a deliberate syncretism between the Christian orthodoxy (promoted by their slave masters) and the elements of their native religions. Thus, the invisible institution probably contained genuine Christian converts as well as practitioners of the altered forms of older religions. W.E.B DuBois, in his work The Souls of Black Folk, made a similar conclusion as well:

Thus, as bard, physician, judge, and priest, within the narrow limits allowed by the slave system, rose the Negro preacher, and under him the first Afro-American institution, the Negro church. This church was not at first by any means Christian nor definitely organized; rather, it was an adaptation of mingling of heathen rites among the members of each plantation, and roughly designated as Voodoism. Association with the masters, missionary effort and motives of expediency gave these rites an early veneer of Christianity, and after the lapse of many generations the Negro Church became Christian.

What made Black Christians flock to public visible Church was the revivalism of the First and Second Great Awakening. In describing revival meetings in the First Great Awakening, Ken Jones writes

The zeal sometimes manifest in great emotional displays associated with the revival meetings, including bodily convulsions, caught the attention of the slaves. Edwards, Whitefield, and Tennent were all surprised to see Negroes attending these meetings. This emotionally charged atmosphere was not typical of what took place in the white churches they attended with their masters, but it was reminiscent of worship in the invisible institution. This made the black slaves feel (perhaps for the first time) more a part of what was going on. Shouting and crying out loud, which would have been frowned on in the white church proper, as now done openly, as black and white listeners were moved by the praying and preaching.

The spontaneous expressiveness fostered by the revivalist preaching led to an enormous increase of African public commitment to the Christian faith. The ecstasy experienced in traditional slave worship could now be publicly affirmed as authentically Christian at the same time. This helps to also explain why Black Christians traditionally clustered to Baptist and Methodist denominations. The Anglicans and Presbyterians usually taught the slaves the Ten Commandments, the Apostles’ Creed, and the Lord’s Prayer, whereas the revivalist preacher (usually in Baptist and Methodist denominations) helped them to feel the weight of sin, to imagine the threats of hell, and to accept Christ as their only Savior. The revivalist atmosphere and preaching style of the revivals in attracting slaves to openly embrace Christianity cannot be overstated.

This historical backdrop helps to explain the particular style of Black preaching and Black worship, but most importantly, it helps to explain how the mode of Black spirituality differs from Reformed spirituality. For many Black Christians, communion with God becomes synonymous with “encountering with God and His presence” and “getting into the Spirit”. Communion with God becomes synonymous with our personal worship experience and feeling His presence. For many Black Christians, the mark of true communion with God is that “I come to the garden alone… and the joy we share as we tarry there, none other has ever known.” There are some very popular gospel songs that illustrate this point such as My Worship is for Real and Let the Lord Minister to You. This also means that the truly “deep and spiritual” Christian is the one who has had the most extravagant divine visitations and the one associated with “signs and wonders”.

Therefore, when a Reformed Christian criticizes this approach to worship and communion with God, this is not simply a matter of doctrinal differences. Rather, this is a collision of spiritual worldviews. The approach of centering our communion with God based on our mountaintop encounters with His presence is at odds with the Reformed mode of spirituality. This means that Reformed spirituality is foreign to and a direct challenge to this worldview. This contrast is particularly exaggerated within the Black Pentecostal tradition. Many Reformed believers ask me why African-Americans seem to flock towards various strands of Pentecostalism across the globe. To me, the chief reason why is because Pentecostalism has always fit this spiritual worldview. As Conrad Mbewe has stated in multiple occasions (see here and here), various forms of charismaticism do not critically challenge this worldview and thus permits (and at some times promotes) syncretism among Black and African Christians.

Because communion with God is emphasized without paying sufficient attention to how we are united to Christ, many Black Christians also hold superstitious views concerning the “spiritual realm”. In this worldview, a demonic realm sits in between the believer and God and unless the believer knows how to “gain victory” over the demonic realm, they will not have true fellowship with God. This type of doctrine is expressed in multiple different ways, such as in the doctrine of soul ties, generational curses, and pleading the blood of Jesus. Ultimately, this means that the Christian does not rest and rejoice in the union with Christ, but it means that the believer must “tap into the spiritual realm” to find their rest in Christ. To me, it is this syncretism that stands as the largest barrier between Reformed and Black spirituality. For some, addressing this issue is the same as asking Black Christians to accept “Euro-American theology”. We can debate various individual doctrines one by one, but until this gap is addressed, there will still be a separation between the two communities. In the next blog, I will discuss the last significant difference between Reformed and traditional Black spirituality: the role of the Christian mind.