If you’re going to be in the Fort Worth area this weekend, come hang with us at the Ginger Man to celebrate The Confessing Baptist’s one year anniversary. Guys and gals are welcome. I even have it on good faith, ladies, that some of the “Confessing Baptist wives” will be there. It would also be a good opportunity to meet some of our CredoCovenant fellows (especially considering that about a third of us are Confessing Baptists). We look forward to seeing you there!

In this episode, JD and Billy sit down with Pastor Jason Delgado to discuss how they choose and read books. Featuring music from Anne Akiko Meyers. Resources mentioned: LibriVox and DealOz.

Subscribe to future podcasts and leave us a review on iTunes: RSS | iTunes

How to Read a Book
by Mortimer Adler & Charles Van Doren

We’d love your participation. Contact us with your comments and questions about the book’s contents: 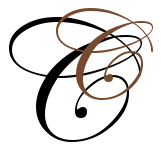 In this, the pilot episode, Jason Delgado of The Confessing Baptist interviews Billy Leonhart and JD Warren on the history, purpose, and future of CredoCovenant.com and CredoCovenant Fellowship.

Here is Billy’s and JD’s testimonies that Jason was talking about:

The book we’ll start going through:

We’d love your participation. Contact us with your comments and questions about the book’s contents:

“Our very own Junior reproduced The Orthodox Catechism, below is an intro, and a link to the Scrib’d version.

In 1680, Pastor Hercules_Collins of Old Gravel Lane Particular Baptist Church, London, England, and Subscriber to the Second London Baptist Confession of Faith, revised the Heidelberg_Catechism for his church and published it as the Orthodox Catechism.

Included in the Orthodox Catechism are two sections rejected by the 1677 General Assembly of Particular Baptists, those being “Of Singing of Psalms and &” and “Of the Laying on of Hands”. Although rejected by the London Assembly, these two sections were added by the Philadelphia Baptist Association to the Second London Baptist Confession of Faith and published in 1742 as the Philadelphia Baptist Confession of Faith.

from The Confessing Baptist.

“We are excited to announce to you the inaugural episode of The Confessing Baptist Podcast!

Today we explain why we made ConfessingBaptist.com and this podcast, followed up by the background of the three main guys behind this.

After that, we talk about some Reformed Baptist news and give you a preview of next week’s episode featuring Pascal Denault on his new book ‘The Distinctiveness of Baptist Covenant Theology.’”